Archive for the category ‘architecture’ 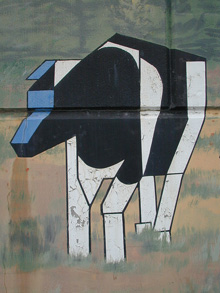 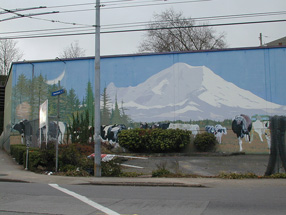 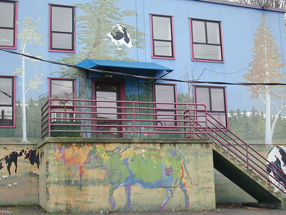 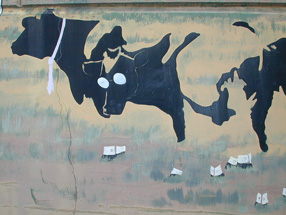 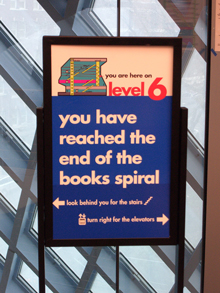 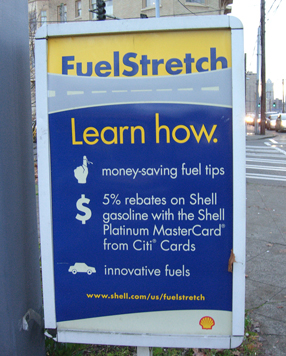 Rooms at the top

When I saw the photos of the door and room signage in the New York Times building, in John Hockenberry’s article in the current Metropolis, I wondered how easy it would be to find your way around in the newspaper’s new digs.

Signs on rooms and doors, designed by Pentagram, use images from the newspaper’s photo archives as backgrounds – a nice touch of context and tradition. Labels are superimposed over the black-and-white photos, in reversed-out industrial-grotesque lettering. Each room number contains several levels of information, encoded in an alphanumeric string: 20S2-234, for example, means room 234 in quadrant 2 of the south section of the 20th floor.

But if you’re actually walking around the 20th floor, trying to locate a particular office and wondering exactly where you are, does this undifferentiated string do the job? I haven’t been in the new Times building, so I don’t know the answer first-hand, but I’ve wandered the corridors of enough confusing office buildings to know the problem. Room numbers like this all tend to run together, at least at first glance – and first glance is exactly what you use to orient yourself in unfamiliar surroundings.

It seems that a simple bit of added contrast would help sort out the parts of the complicated number. Why not use weight or color to make the “S” or “N” stand out, which would also clearly separate the numbers of the floor from the number of the quadrant? Wouldn’t that make these numbers more functional?

As it stands, they seem excessively uniform and minimal, as though the photo were the most important part, not the information conveyed by the sign. They’re like a stereo remote where all the buttons look the same. Which one is fast forward? What floor am I on? 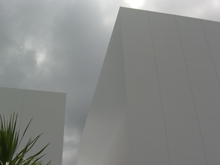 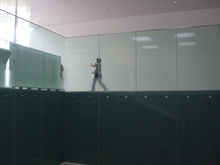 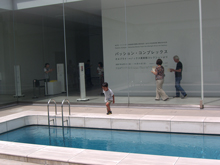 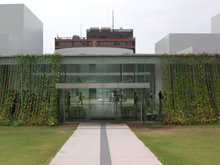