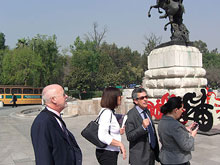 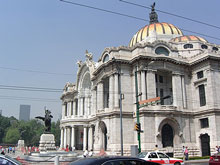 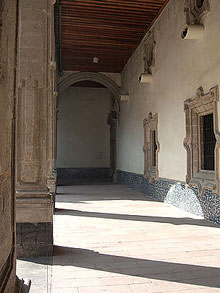 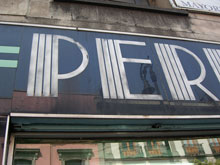 The Type Directors Club in New York just announced the winners of its type-design competition, TDC2. Browsing the winners, in the TDC’s nifty new web interface, I was struck by how many useful-looking text faces were included, and also by the well-modulated peculiarities of a couple of the display faces (notably Orbe, by Rui Abreu, and Nebulon, by Carl Crossgrove). As often happens when I see the winners of the TDC type-design competition, I find myself itching to try them out.

The man who made Comic Sans

Vincent Connare, who when he worked at Microsoft created the ubiquitous typeface Comic Sans, does a wonderful stand-up presentation of his handiwork and a small sampling of its overuse and misuse around the world. Vinnie’s original brief was to make a typeface for the word balloons in Microsoft Bob, the overly helpful little animated character in Windows 95, that would be based on lettering in comic books. He succeeded beyond his wildest dreams.

Comic Sans is one of those typefaces, like ITC Souvenir, that’s too successful for its own good. It’s curved and “friendly” in a way that irritates typophiles but appeals to everyday users. And it’s on everyone’s machine, so it’s available to be misused in every way conceivable.

Thanks to Cynthia Batty for pointing me (and the ATypI members’ list) to this brief video of Vinnie’s talk at the ROFLThing conference in New York. The type designer is not responsible for how the typeface gets used. You create a tool and let it loose on the world; sometimes it’s used the way you thought it would be, other times it’s turned to uses you never conceived of.

But I confess that I have this errant fantasy of the ultimate inappropriate typeface: Comic Sans Blackletter!