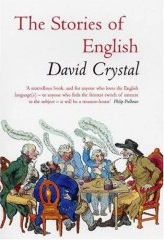 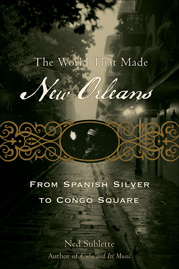 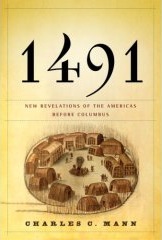 “You need to read this!”

People are always asking me what I’ve been reading, whether it’s a conversational ice-breaker like “Read any good books lately?” or a real inquiry about recent intellectual activity. When someone asked me this recently, I found that I had a good, tripartite answer.

In the past year, I’ve read three remarkable nonfiction books: The stories of English, by David Crystal; The world that made New Orleans, by Ned Sublette; and 1491, by Charles C. Mann. Each of these books enlarged my understanding of my own world, and did so in a highly readable, engaged, intelligent manner.

The stories of English traces the history of our language, but does so while exploding the idea that there is only one English language, with all its variants being secondary. Nationalism began imposing a central language on people all over Europe in the 16th century (in France there was an explicit policy of translating what had once been written in Latin into French, and using the language as a tool of state expansion). In the 17th and 18th centuries, the idea of a “standard” language caught hold, with strenuous efforts made to regularize and regulate the national language, and to make one version of the language (usually what was spoken in the capital, or at court) the template for everyone else. Although the English proved too anarchic to set up a national Academy, the way the French had done, there were plenty of pundits in the 18th century trying desperately to do so. And they did succeed in imposing the notion of “correct” language – and by implication to make all other versions “incorrect.” The chapters of Crystal’s book about the English language before and after the Norman conquest are the most fascinating, though everything in the book puts our language into a very welcome and original perspective.

The world that made New Orleans: from Spanish silver to Congo Square does for American history what David Crystal’s book does for the English language: lifts it out of cant and doctrine and exposes its multifarious roots. Ned Sublette has written before about the complexities of New World culture, in Cuba and the its music, where he made it very clear that historically, the ports of Havana and New Orleans have been intertwined since they were founded. What he does here, superbly, is make us feel, not just know, how the cultures of Africa and of Latin America have been integral to the culture of North America all along – not just adjuncts or footnotes or incidental flavorings, but part and parcel of our culture. The world that Ned Sublette portrays is infinitely rich, and it’s ours.

1491: new revelations of the Americas before Columbus is probably the best-known of these three books; it’s had a high profile. I was a bit skeptical of it at first, expecting a woo-woo mishmash; but it’s nothing of the sort. It’s a well documented, carefully described investigation of some of the new scientific information that has emerged in just the last few years about the peoples of the New World before (and immediately after) the arrival of the Europeans. It upsets received notions and refuses a simplified catch-phrase portrayal of either the native cultures or the European cultures that colonized them. Some of what he writes about I already knew – such as the widespread use of fire as a way of modifying the growth of trees and other plants on the pre-Columbian eastern seaboard, which I learned about in reading the cultural geographer Carl Sauer – but much of it was new to me; much of it is simply new, coming from extremely recent research. My skepticism was assuaged when a friend of mine who is a specialist in pre-Columbian art spoke highly of this book and its accuracy. 1491 is not one of those “everything you know is wrong” crowd-pleasers; it’s an enrichment of our understanding, a book that leaves us with more than we thought we had.